Last week I shared Katy, from What Katy Said’s first baby birth story and it got a few of you talking about when you arrived at hospital 10cms dilated. Something I could only dream of!! This week we have Katy’s second story and it’s even quicker…but slightly more eventful ending in a fast water birth!

By Katy from What Katy Said

Not a very long one as Baby L arrived in style! 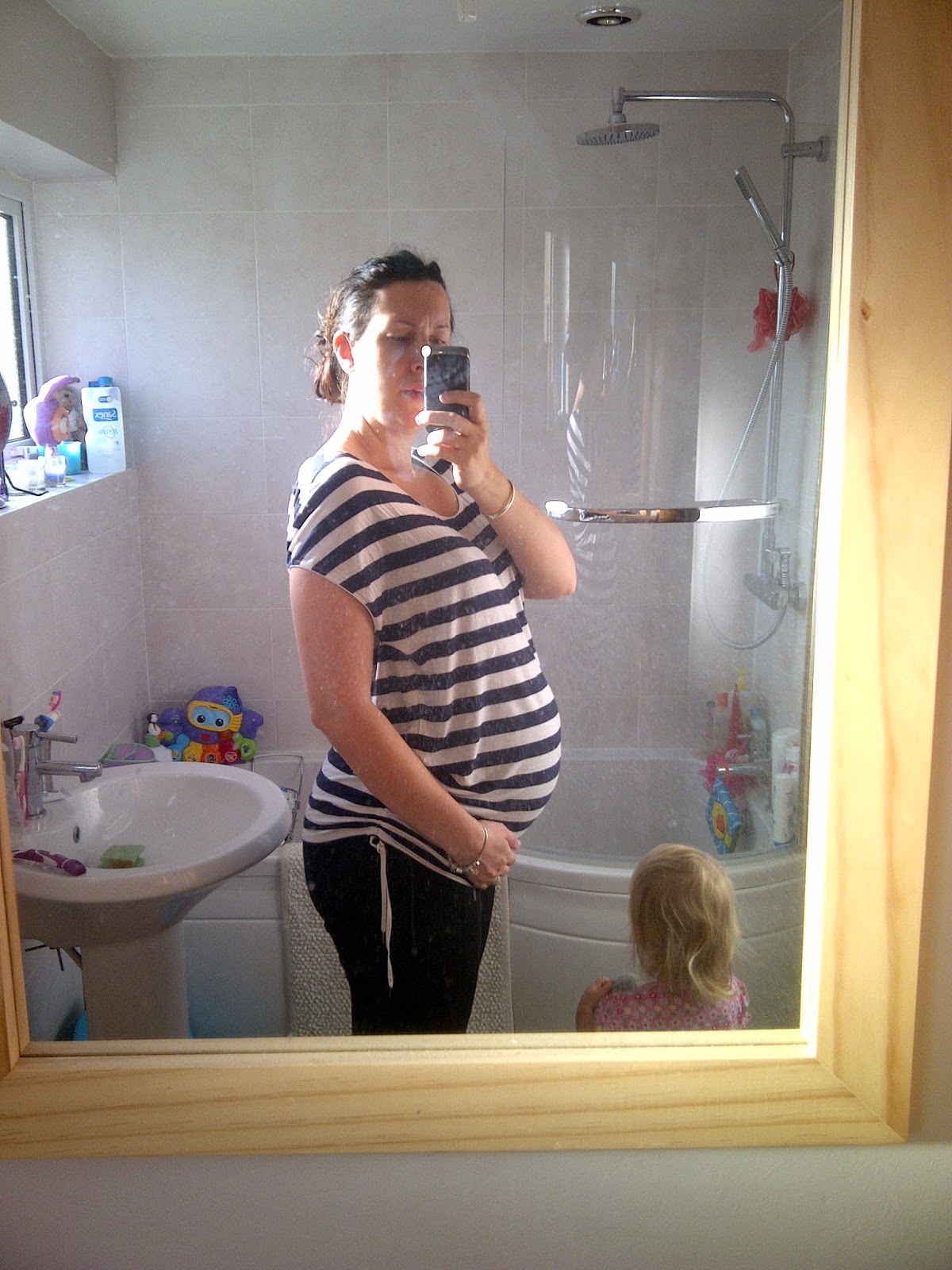 I had false labour pains starting week 39 which completely threw me off, making me believe that I was going to go early as I did with Little G. However, my due date arrived and no sign of baby. At 40+2 I had my first sweep, although she wasn’t able to do more than just a stretch. Not a pleasant experience but I didn’t care- anything to help baby out is fine by me!

I had a second sweep at 40+ 5 and this time I lost my plug (bleugh) and had lots of cramps. At 41 weeks (which incidentally was my original due date according to LMP) my waters broke in spectacular style! I was laying on the sofa and I felt a little dribble. At first I thought I was weeing myself or losing more plug but then a little more came out and I realised what was happening. I called for hubby to get a towel while I jumped off the sofa and ran to the safety of the wooden floor. Luckily I was in my dressing gown as I was able to catch most of the waterfall that proceeded to gush out!! That night I had a second gush (turns out you have fore and hind waters).

The next morning I started to have regular contractions so called the midwife. By the time she arrived they had stopped so off I went into hospital to be induced. We arrived and after being strapped up for monitoring, I was given a pessary.

At 11.40am I was only 3cm and my cervix was still very posterior. Mr F went off to Sainsbury’s to get some lunch as we were expecting a long wait. He was back in about half an hour and by that time I was having contractions every 10 minutes. I told the midwife who assured me these were normal pessary pains and to get up and walk around to help get things moving. So up I got and within minutes I was having contractions every 5 minutes lasting 30 seconds.

I continued to walk backwards and forwards in front of the midwife station and within minutes they were every 3 minutes apart. I went to the desk and told them and they said not to worry, if I was able to talk through them they might just be the pessary messing with my system. I then explained how I was able to talk through my contractions right up to 10cm with Little G. This is when the midwife sat up and took notice.

She rang the midwife led unit and explained everything. They didn’t want to accept me and said I needed to be on the consultant led unit as my waters had broken more than 24 hours ago. I owe my birth experience to that midwife as she really fought my corner. She explained that I was within my right to refuse continual monitoring and so that is what I did. They were also having a conflict over whether to examine me or not. I told them I was progressing quickly and in the end they broke protocol and found I was 5cm but still with a posterior cervix.

I’m not sure how she managed to convince the midwives but at 2pm I was walked round to the midwife led unit. No sooner had I got into the room, I grabbed the gas and air. The ward midwife and student midwife arrived and took over from the other midwife. They asked me if I would like a water birth. In my drunken state I said ‘No it is icky’. The midwife asked again and said it would be relaxing so I agreed. She went to take the nozzle off the gas and air to move me to the other room but I grabbed it back and had another swig. Haha!

She then left me there while she ran the pool. At 2.30pm she came to fetch me and we raced round between contractions. I got in the pool before it was ready and the contractions seemed to intensify but I think that was more to do with me crouching in the water. At 2.40pm she turned off the taps and I was ready to push. The pushing seemed to take forever and at one point the pain completely stopped and I said ‘Oh good the head is out’. But apparently not! 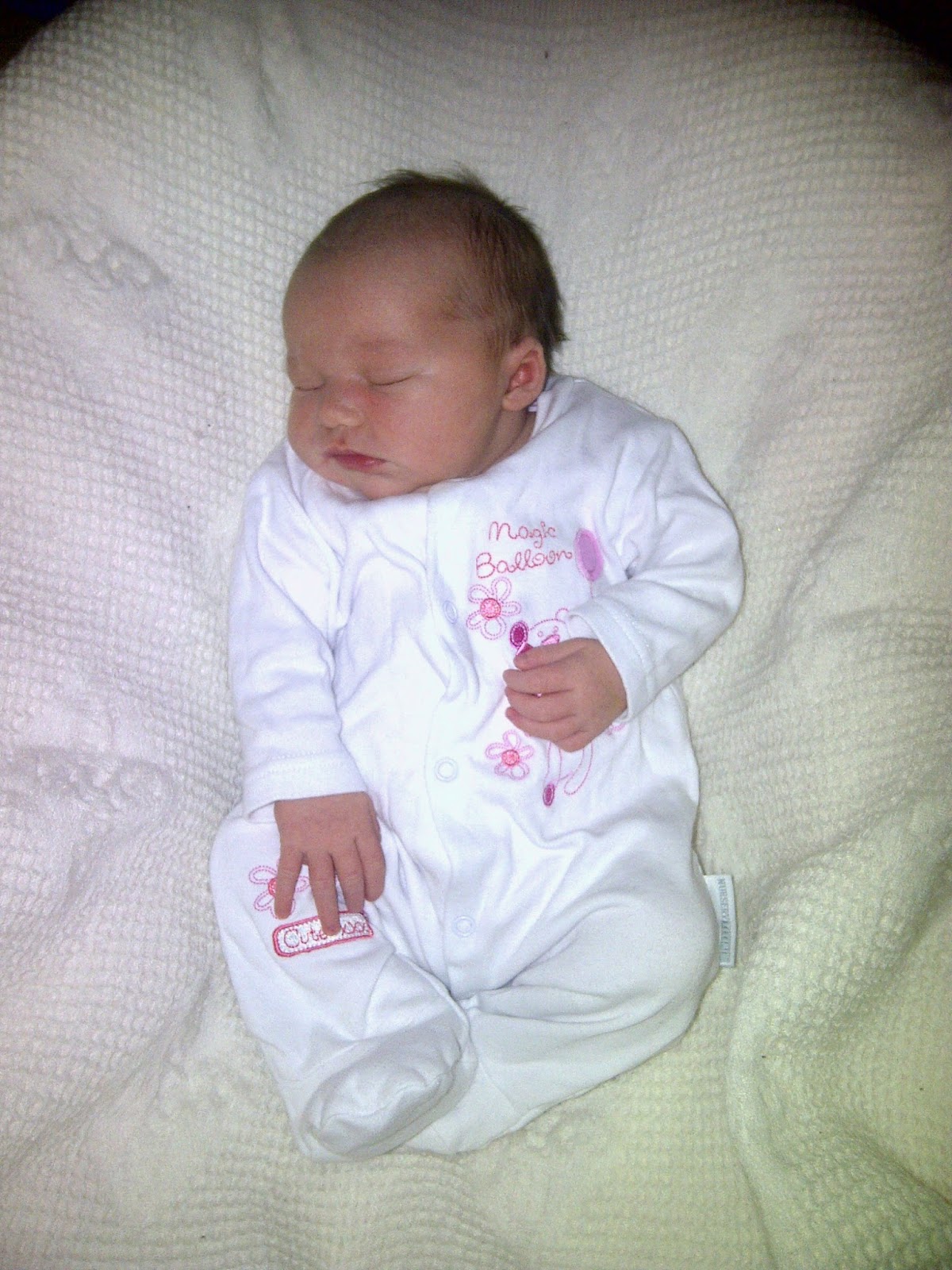 Baby L was born at 2.58pm with the cord around her neck. I had to blow on her face a few times to bring her round but she was absolutely fine.  Her proud Daddy cut the cord and had skin to skin while I got dried up. We had to stay in for 12 hours monitoring due to my early waters but everything was well with both mummy and baby. The whole labour was 3 hours and 20 minutes and all a bit of a shock. If that midwife hadn’t paid attention to my body and me, I may well have given birth in the corridor!!

So that concludes Katy’s birth stories…for now! I love that the midwives worked with you on this and you were able to have your fast water birth. Even if you didn’t even know you wanted one!

Did you have a fast birth? Were you still able to have a water birth?

Would you like to share your birth story? Please drop me an email to mumsdays@gmail.com, I’d love to hear from you.

For many more birth stories, head over to the Giving Birth Series where you will find over 100 more!